David Mitzel Foot by Foot, All Ohio Contemporary Ceramics Competition and Sale
David is the retired director of the Muskingum County Community Foundation, which he built into one of the region’s premier community foundations. He is a NAI Certified Interpretive Guide with a passion for the arts, community and historic preservation. His active role in historic preservation in various Zanesville neighborhoods, including the Putnam District, has helped change the face of Zanesville. His support and promotion of the arts in Zanesville has contributed greatly to the growing arts and ceramics scene there.

Jeff Wunderly,  Labors Crossroads
Born in Springfield, raised in Clark Co. – corn and soybean country, catching snakes and running barefoot on gravel roads. Jeff came to OU in ’84 and left in ’90 to travel and work out west for a few years. Jeff has lived in AZ, NM, and VT since but has always found his way back. Allen Eckert’s Frontiersman sparked his interest while in college and has inspired a lifelong self-education in American History. Jeff is a two term AmeriCorps member, Outreach Liaison for the Little Cities of Black Diamonds Council and Certified Interpretive Guide. Jeff lives in Athens with his wife Deb, two cats and two Beagles.

Joseph Snider Gravestone and Randolph Mitchell House Tour
Snider is an Ohio archaeologist, historian, and native of Perry County. He has worked for a variety of Cultural Resource Management firms, historical societies, including the Perry County Historical and Cultural Arts Society, and house museums, most recently as an archaeological field assistant for the Thomas Jefferson Foundation’s Archaeology Department at Monticello. Noteworthy research includes recent investigations at the Randolph Mitchell House, the subject of several forthcoming publications. He regularly presents papers at archaeological and historical conferences throughout the Ohio Valley.

Shayna Roberts, McConnelsville
Shayna is a Morgan County native, born and raised in Malta, Ohio. A graduate of Ohio University with a degree in Media, she has returned to Morgan County to share her passion for this beautiful place. Shayna is currently an OSRC AmeriCorps member serving at the Morgan County Convention and Visitors Bureau and a Certified Interpretive Guide.

Bobbie Teal Atlas, Shoot the History
With a direct documentary focus and strong interest in black and white photography, Bobbie enjoys sharing her passion through teaching and workshops. Atlas also finds landscape photography exciting and searches many states for beauty that she records with a converted infrared camera. Her workshops are notable for helping students shape the image through the understanding of photographic composition; she is succinct and thoughtful with critiques taking students to the next level of possibility. Bobbie holds a     B. Art Ed., and an M.A in Photography and Film Making.

Joe Brehm, Birds in the Hills
Joe’s obsession with the outdoors started when his dad took his brothers and he for walks through the woods near his childhood home near Zanesville when they were old enough to walk. They tracked deer, raccoons, foxes, and learned to be comfortable outside. Joe earned a Bachelor’s degree in Anthropology from the University of Montana, and Environmental Studies at Ohio University. Since 2010, Joe has coordinated Rural Action’s long-standing Environmental Education program and enjoys sharing his passion for the natural world with others.

Andrew Bashaw, Run for the Blue Blazes
Bashaw is the Executive Director of the Buckeye Trail Association, hiker and conservationist who resides in Glouster with his wife Claudia and daughter Adelaide. He earned his Master’s degree from Oklahoma Sate University, worked for the North Country Trail Association as the Regional Trail Coordinator for Ohio and Pennsylvania, and with Rural Action’s Sustainable Forestry Program as an AmeriCorps member. Andrew’s Buckeye Trail Association statewide office is in historic Shawnee, amidst the Wayne National Forest, where he concentrates on promoting, building, and maintaining, Ohio’s 1,400+ mile state trail.

Nancy Tatarek, Anthropology Alive!
Dr. Nancy Tatarek is an Associate Professor of Anthropology at Ohio University in Athens. Her work with the Appalachian Peoples Project has led she and her students to a deeper investigation into the lives of the miners of the Little Cities of Black Diamonds region, particularly in Murray City and New Straitsville. A prestigious University Professor Award Recipient at OU, she teaches a wide range of courses including Biological and Forensic Anthropology. Nancy supports efforts to bring history to life in the region serving as an volunteer with the New Straitsville History Group and the Little Cities of Black Diamonds Council.

Tom O’Grady, Finely Crafted in Ohio’s Hill Country
O’Grady is one of the region’s premier historians with knowledge of Ohio History topics from A to Z. He is president of the Ohio Hill Country Heritage Area Board, Executive Director of the Athens County Historical Society (Southeastern Ohio History Center) and founding director of the Athens County’s Recycling and Litter Control program. In his spare time O’Grady teaches Astronomy at Ohio University and is an avid photographer of the regional landscape. His knowledge of Ohio politics, architecture, transportation and industrial history make him a fount of knowledge which he shares with understanding and energy. 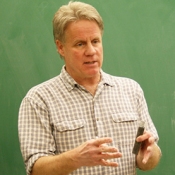 Steve Glade, Wetlands at Sunset – Birds by Kayak – Grapes to Wine – Brewology – Perry County Bronze Tour – Gravestone and Randolph Mitchell House Tour
Steve is a native Ohioan who, after teaching in public schools for 36 years, retired and started working on his bucket list. Now an AmeriCorps member, he is in service at the Perry County Soil and Water Conservation District. He is a current member of the Ohio Certified Volunteer Naturalists organization and is a certified interpretive guide and kayak instructor. He has backpacked the Adirondack mountains and becoming an Adirondack 46er by climbing the 46 highest peaks. Steve lives by a  simple motto, “Life is better with a tree in it.” 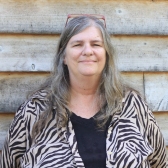 Carla Ankrom, Turtles View Tour
Carla, originally from Pennsville, Ohio, grew up in Zanesville and now resides in New Straitsville where she owns Antiques on Main located in one of the iconic overhanging porch roof buildings in historic Shawnee. Ankrom, a graduate of Tri-ValleyHigh School in Dresden and semi-retired from a 36 year career in dog grooming is now heavily involved in the Historic Village of Shawnee and learning the importance of preserving the local history of southern Perry County. She has a passion for the history of the region and sharing the unique qualities of this area with guests as a Certified Interpretive Guide.

Howard Peller, The Basket Farmer & Rosehill Design
Howard and his family live on a heritage homestead in Roseville which was founded in 1796. The farming practiced on the 140 acre plot is based on natural methods which have created a sanctuary for wildlife, healthy food and artisan crafts. Howard continues his appreciation and work with nature. Practicing coppicing which is a way to manage, grow and harvest woody plants such as willow, Howard crafts living sculpture, fencing, baskets, brooms. In addition, his wife Maddy continues the tradition of Blue Bird Farm pottery. Howard has continued to design and craft his work as both an international designer and regional artisan.